It was the mid-nineties when Misty had entered into our lives. Despite being around for a long time and popularised somewhat years before by Barbara Woodhouse, dog training was still largely seen as something that only happened in utilitarian forms, such as the police force or army, or further south where all the hardcore show people were considered to live and of course, deep in to the countryside where the collie dogs performed their herding duties. It wasn’t something considered necessary for the average pet owner and even less accepted were the concepts of positive and negative (now often called old-school) dog training. Dogs were not considered generally in the same way as they are today and it was common practice to teach dogs by disciplining them.

If my grandad were to train a dog today, he would be considered a ‘balanced trainer’, a term often used to describe someone who uses positive and negative training methods. Back in the mid-nineties though, he was considered ‘soft handed’ with the dogs by the experts of the day and whilst my sister and I disagreed with this, believing him to be a little too forceful sometimes, in the professional circles we were introduced to, we were considered to be ‘lacking what it took’. Needless to say, my grandad soon gave up trying to enrol us in the handful of clubs that were around and opted to teach us himself instead.

Now, its probably wise of me to mention here that of himself, my grandad wasn’t actually a dog trainer by trade. He initially started his working life in the army, which is where he got a small taste of first working with dogs before later moving in to the world of printing, where he worked in a factory that actually produced all the printing paper and accessories. He was however a passionate animal lover and was forever learning about them and when possible, interacting in some way with them. As he saw it, he wanted his granddaughters, my sister and I to learn too and provide us with the opportunities he hadn’t always had. I suspect too, that my grandad had envisioned one day owning his own champion dog, although in what I don’t know. So you can imagine his disappointment when his grand plans were soon shot down, along with his ego. He never showed anything to us but drive and enthusiasm, but we knew, deep down that he was upset. This in itself posed a problem, the same problem which I would later encounter myself when I attempted to rejoin the world of dog training.

Thanks to the negative criticism he had received he had started to doubt his own methods for training a dog, believing that perhaps he was indeed ‘too soft’. This showed one day when Misty had had an accident on the bedroom carpet. Adopting the advice he had been given we watched as my grandad took a plastic wrapped magazine from the dining room table, rolled it up and whipped Misty around the face. We begged my grandad to stop and he eventually did on the fourth swipe when Misty let out a spine-chilling scream. He knew from that incident and a couple prior to this that he had also tried, that this was not the way to treat a dog, especially ones you want to have trust in you. He never attempted such a harsh punishment again but by then the damage had been done. For the rest of her life Misty had a terrible fear of anything resembling a newspaper or magazine if an adult held one in their hands and later the rattling of the letterbox, which she eventually associated was the ‘source’ of such horrible items, at least from her perspective. We tried our best to undo the damage and my sister and I had minor success with this, but ultimately the fear never left her and consequently the lesson never left us.

Soon afterwards, we were back to our old ‘soft’ ways. Whilst it was our responsibility to teach Misty the basics, a fete that usually involved my sister and I holding a ball or food we had scavenged from the fridge when nan wasn’t looking, shouting out cues such as sit and down until she eventually did it or we got bored and gave in. It was granddads responsibility to teach Misty the more complicated tasks. And boy, did she perform like a pro!

One of Mistys’ tricks was to place herself in between us and the electric fireplace, regardless of if it was on or not, if we ever sat too close to it. Another was to wake us up on granddads cue by belting upstairs and licking our faces. If we ignored this, she would then jump up, placing her front legs across our bodies and trying to roll us out of bed. And if this didn’t work, she would grab the corner of the duvet before dragging it completely off the bed and running back downstairs. Another was when she wanted to lead you somewhere and involved her gently tugging your sleeve or holding your wrist and guiding you to something, usually either a tennis ball or her feeding dish. Another and perhaps the one that amused us the most, was if ever my sister and I were arguing, Misty was to split us up. She did this by coming between us and holding one of our noses with her mouth….usually my sister being younger and shorter, it was her whose nose that was held, and it left me in fits of giggles. Although it was a simple trick, it worked, if nothing from the sheer comicalness of it all and we would soon forget our argument and got back to being little devils together.

We did however manage to utilise some of Mistys’ training to our advantage. For years, my grandparents would only ever have one television set in their house, which was a pain when kids TV had clashed with his beloved sports results. We had begged and begged for our own little TV upstairs in our room and one day my grandparents finally relented. They had a small portable TV set up upstairs for us. Little did my grandparents realise though that the way it had been wired in had meant that we could also watch Sky programmes upstairs. This meant that whatever channel was on downstairs, would also be airing upstairs. Still being quite old fashioned when it came to TV, my grandparents rarely watched sky channels and in fact knew very little in how to operate the various settings. For all the freedom and love that my grandad showered on to us, we were still expected to behave like proper little ladies. This meant that what we watched on TV was highly restricted and this was one boundary that was never to be crossed. With this in mind, we knew that grandad would never in a million years allow us to watch our new favourite programme……Jerry Springer. Being the little devils we were sometimes though, my sister and I worked together. While one of us would distract grandad who was always the sharpest one of my grandparents, usually by being irresistibly adorable, the other would sneak to the Sky box, flip the front cover down, set the channel and then flip the cover back in place to hide the green ‘on’ light. Then we would ask if we could watch our new TV in bed, which we were always allowed to do as to my grandparents, got us in to bed early and kept us quiet. We became masters at manipulating this and never got caught. We played out the scenes playfully that we saw, the slamdunks, the chair throwing (with pillows) the finger waving and of course performing our best Jerry and Steve impressions on each other. Our warning was always Mistys’ subsequent appearance at ‘tucking in’ time. Mistys’ appearance in the bedroom would always signal an adults appearance a minute or so later, giving us enough time to re-set the bedroom, turn off the TV and climb into bed without suspicion. A devious game, but one we loved!

As time pressed on, so did we and it wasn’t long before I reached the teenager stage. I began to pay less attention to books and training and more attention to make-up and boys. As with any family experiencing the teenage stage, relationships with adult family members went from loving and cute to fraught and temper-fuelled. My adoration for Misty never diminished but it did suffer as I battled for more freedom and independence. As I was nearing the end of my school life and getting ready for college, my grandad suddenly starting falling unwell. One particularly scary moment was when my grandad had been home alone with Misty. He had been reading a book before getting up to get himself his favourite snack, a pork pie with brown sauce. Ever faithful and even more so since his ‘funny turns’ as we called them had started, Misty followed. After preparing his snack and heading back to his book, he got half way before collapsing and losing consciousness. Misty had been scarily accurate at predicting when my grandad was about to fall ill, giving us all enough warning-including grandad-that something was about to happen, which up until this point had been disorientation but this time there had been no warning. My nan, who had been out of the house returned that afternoon to find my grandad on the floor face down with Misty gorging on his chest…..or at least that is what she thought having not been able to see the pork pie as my grandad had fallen on top of it! An ambulance soon arrived and took him to hospital, where he was diagnosed with diabetes.

We didn’t realise it then, but this was to be the beginning of some big changes for all of us. 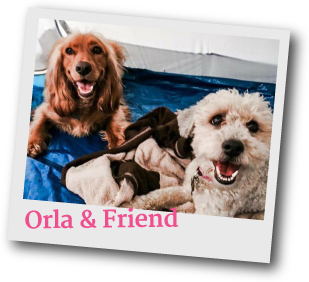 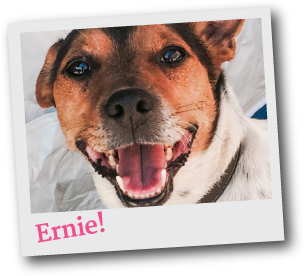